Global Resource Alliance (GRA), a small So Cal nonprofit dedicated to bringing sustainable solutions to the Mara region of Tanzania, puts on an awareness festival in Ojai, CA at the end of July, promoting the debut of their upcoming documentary:


To be released in its entirety at the festival at the end of July, From the Mara Soil, is a documentary about simple solutions to global hunger, poverty and disease produced by Steve Schrenzel and Global Resource Alliance. Don't miss the debut screening, live music and delicious vegan tamale dinner on July 24th at Meditation Mount in Ojai, Ca! Event details to come.

I have worked on solar cooking projects with GRA in northern TZ, and have been impressed by the dedication and tenacity of their employees, members and volunteers.

Go to www.globalresourcealliance.org for more information.
Posted by SolarMoxie at 3:02 PM No comments:

Email ThisBlogThis!Share to TwitterShare to FacebookShare to Pinterest
Labels: Video

Solafrica Gets the World Cup to Africa's Slums With Solar Energy 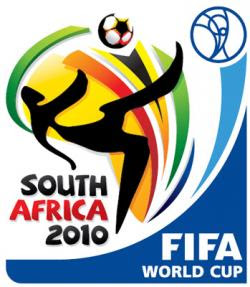 Kibera--Africa's largest slum with a population of a million--is as manic about World Cup Football as the rest of the continent. But without electricity, not to mention television, watching any of the games has been out of the question.

That is, until Solafrica's latest contribution.

Working closely with the Kibera Community Youth Program and Greenpeace, Solafrica donated the solar power station, along with a television set, to bring people together to celebrate sport. A similar set-up was done in Jericho.

The power station is compact, easy to use, with minimal wiring, and is set up in a public hall that can house up to 1,000 people.


Read more of this story here.

By Harry Tournemille on June 22, 2010
Solar Energy: www.energyboom.com
Posted by SolarMoxie at 12:02 PM No comments: